Foreign Policy magazine introduces a major article with the following:

The 21st century will not be dominated by America or China, Brazil or India, but by the city. In an age that appears increasingly unmanageable, cities rather than states are becoming the islands of governance on which the future world order will be built. This new world is not — and will not be — one global village, so much as a network of different ones.

Time, technology, and population growth have massively accelerated the advent of this new urbanized era. Already, more than half the world lives in cities, and the percentage is growing rapidly. But just 100 cities account for 30 percent of the world’s economy, and almost all its innovation. Many are world capitals that have evolved and adapted through centuries of dominance: London, New York, Paris. New York City’s economy alone is larger than 46 of sub-Saharan Africa’s economies combined. Hong Kong receivesmore tourists annually than all of India. These cities are the engines of globalization, and their enduring vibrancy lies in money, knowledge, and stability. They are today’s true Global Cities. 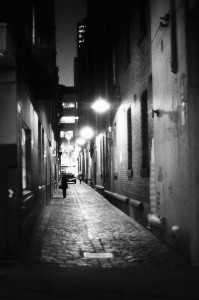 You note in several places on this site that the human relationship with the natural environment is part of the foundation for values in knowledge.  Presumably this refers not only to the development of an ethical posture that respects and protects the environment, but also the notion that our relationship with nature helps us develop our grasp of reality and thus influence how we generate and assess knowledge.