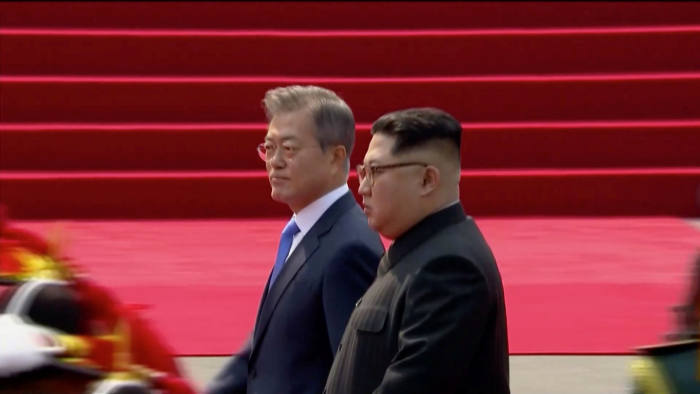 The leaders of North and South Korea have reaffirmed their commitment to complete denuclearisation and agreed on gradual disarmament in their high-stakes summit, only the third between the two Koreas, but they have not announced any concrete steps to dismantle the North’s nuclear programmes.

South Korean president Moon Jae-in and North Korean leader Kim Jong Un have also agreed to thoroughly abide by a non-aggression agreement, pledging to reduce weapons in both sides gradually. The two leaders also agreed to actively push for expanded meetings with the US and China to declare the official end of the 1950-53 Korean War this year and replace the 1953 armistice with a peace treaty.