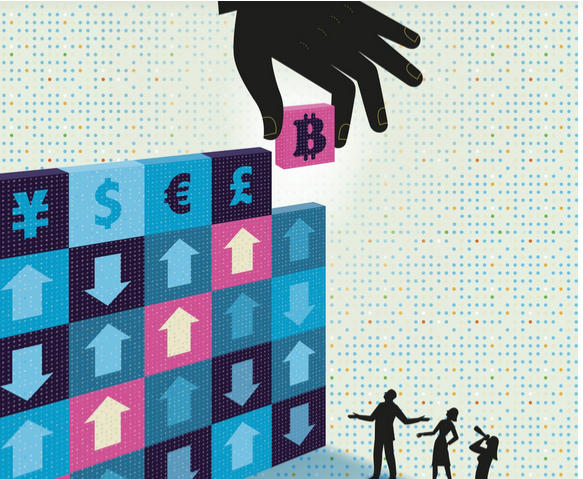 Bitcoin is an illusion, a mass hallucination, so one hears. It’s just numbers in cyberspace, a mirage, insubstantial as a soap bubble. Bitcoin is not backed by anything other than the faith of the fools who buy it and of the greater fools who buy it from these lesser fools. And you know? Fair enough. All this is true.

What may be less easy to grasp is that U.S. dollars are likewise an illusion. They too consist mainly of numbers out there in cyberspace. Sometimes they’re stored in paper or coins, but while the paper and coins are material, the dollars they represent are not. U.S. dollars are not backed by anything other than the faith of the fools who accept it as payment and of other fools who agree in turn to accept it as payment from them. The main difference is that, for the moment at least, the illusion, in the case of dollars, is more widely and more fiercely believed.

In fact, almost all of our U.S. dollars, about 90 percent, are purely abstract — they literally do not exist in any tangible form. James Surowiecki reported in 2012 that “only about 10 percent of the U.S. money supply — about $1 trillion of the roughly $10 trillion total — exists in the form of paper cash and coins.” (The number now appears to be about $1.5 trillion out of $13.7 trillion.) There is nothing stopping our banking system from creating more dollars whenever the mood strikes. Of the $13.7 trillion in the M2 money supply as of October 2017, $13.5 trillion was created after 1959—or, to put it another way, M2 has expanded by almost 50 times.