The Trump administration has reached a deal to lift tariffs on steel and aluminum imports from Canada and Mexico, in a move that could put the three nations a step closer to ratifying the USMCA trade deal that would replace NAFTA. 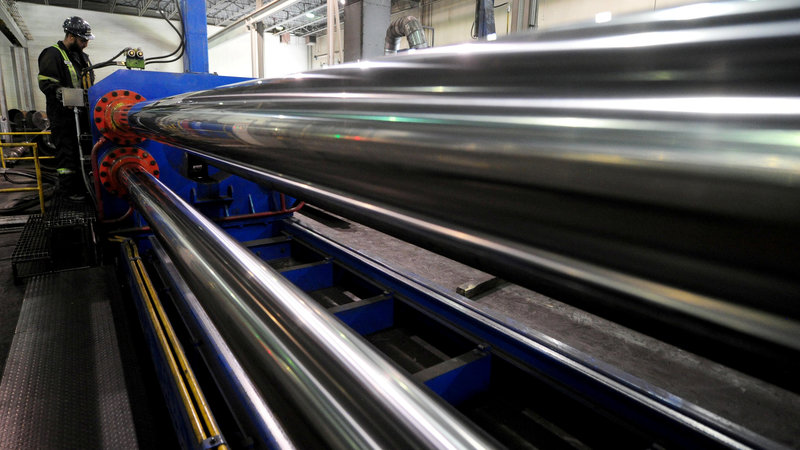 The U.S. is lifting tariffs on Canadian and Mexican steel imports, nearly a year after imposing the duties. Here, a worker is seen at Bri-Steel Manufacturing, which makes seamless steel pipes, in Edmonton, Alberta, Canada.
Candace Elliott/Reuters

The tariffs will be lifted within two days, according to a joint U.S.-Canada statementposted by Canada’s foreign ministry.

“I’m pleased to announce that we’ve just reached an agreement with Canada and Mexico” to end the recent tariffs, President Trump said during at a National Association of Realtors event Friday.

Trump then called on Congress to ratify the USMCA, to “make our economy even more successful than it already is — if that’s possible. Which, it is possible.”

Read about Tariffs in the New World Encyclopedia here: http://www.newworldencyclopedia.org/entry/Tariff