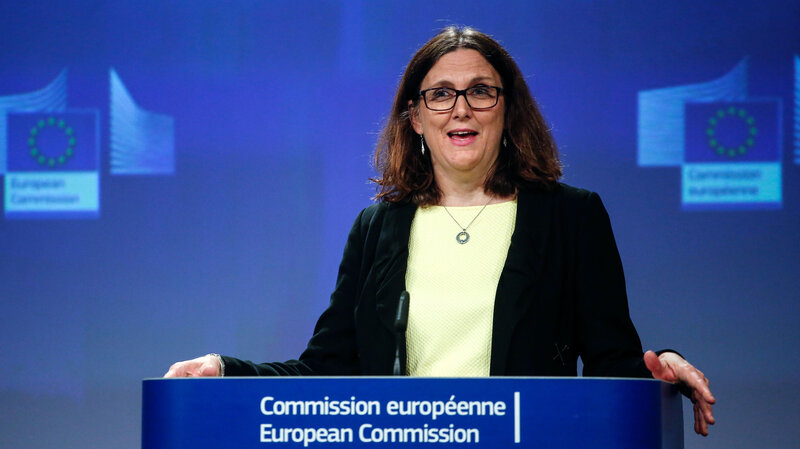 The EU will take its complaint over new U.S. tariffs to the World Trade Organization, according to Cecilia Malmström, the European commissioner for trade. Malmström spoke at a news conference Friday in Brussels. Dario Pignatelli/Bloomberg via Getty Images

After U.S. tariffs on imports of European steel and aluminum took effect Friday morning, the EU’s top trade commissioner called them “illegal” and a classic case of protectionism.

The EU plans to make its case to the World Trade Organization.

“We will now trigger a dispute settlement case at the WTO, since the U.S. measures on steel and aluminum clearly go against agreed international rules,” Cecilia Malmström, Europe’s top trade commissioner, said at a news conference on Friday, shortly after the U.S. tariffs — 25 percent on steel and 10 percent on aluminum — took effect.