Authorities have vowed to prevent the 3,000 Hondurans from continuing their journey to U.S 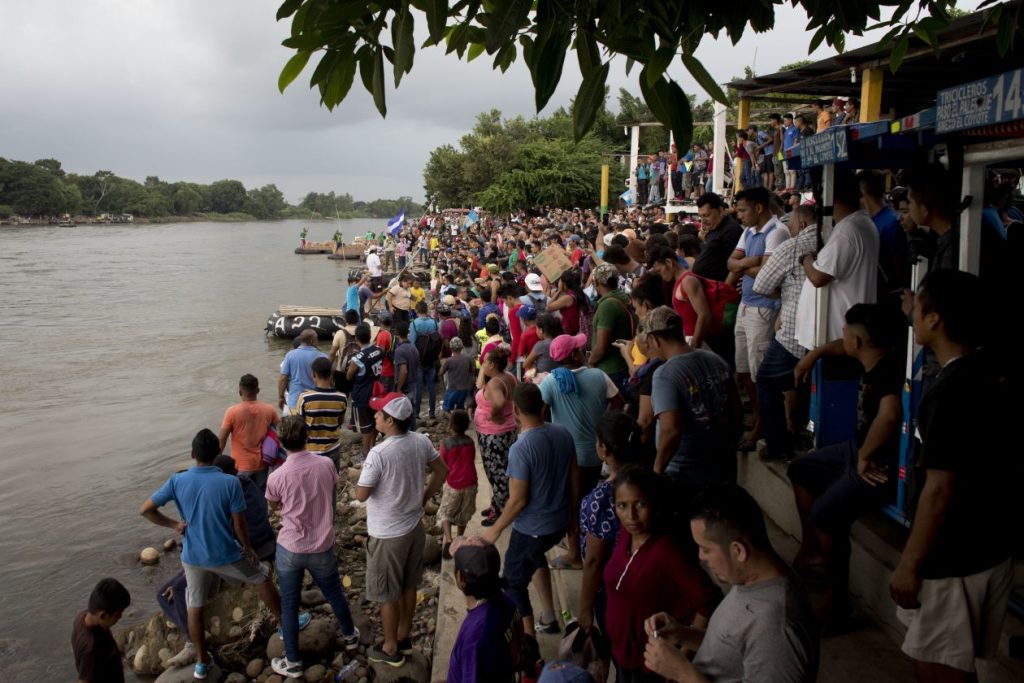 Hundreds of Honduran migrants stand along the river in Tecun Uman, which separates Guatemala from Mexico. PHOTO: /ASSOCIATED PRESS

TECUN UMAN, Guatemala—A caravan of 3,000 Honduran migrants that has drawn the ire of U.S. President Trump began to mass near Guatemala’s border with Mexico, setting up a showdown with Mexican authorities who have vowed to prevent the group from continuing their journey to the U.S.

Tension was palpable in Ciudad Hidalgo, a tiny tropical village in Mexico surrounded by rain forest and banana plantations that borders Tecun Uman in Guatemala, with the two towns separated by a muddy river. Late Thursday, some 300 Mexican federal police officers equipped with antiriot gear were deployed to the border crossing ahead of the caravan’s expected arrival.