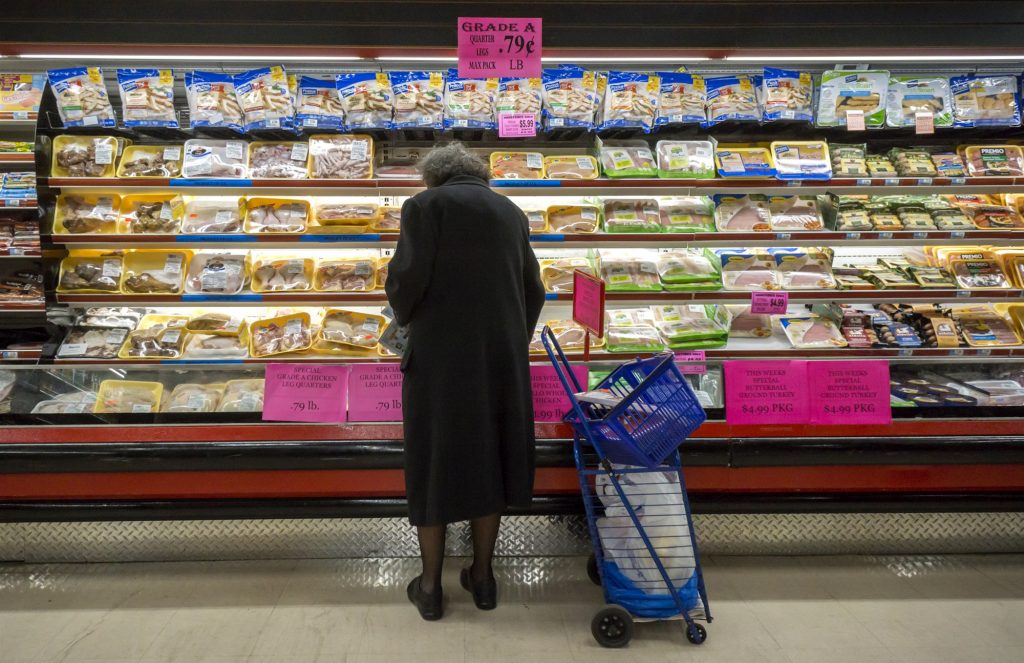 A woman shops for chicken at a supermarket in New York on March 8, 2016.Richard Levine / Corbis via Getty Images file

Two most common sources of infection have been longtime problems.

One of the two, salmonella, can come from an array of foodsincluding vegetables, chicken, eggs, beef and pork. The other germ, campylobacter, is commonly tied to chicken. People may not hear as much about it because health officials often can’t group cases into outbreaks. Both bacteria are spread through animal feces.

“For some reason, campylobacter is making people sick with lots of different fingerprints,” Tauxe said.

The report is based on reports in 10 states, but is seen as an indicator of national trends. It highlights the difficulty in understanding food poisoning when so many cases go unreported, diagnostic methods are inconsistent, and production practices and eating habits are constantly changing.