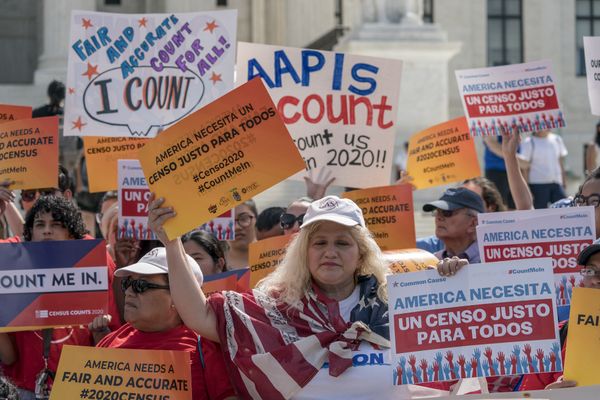 AP
Immigration activists rally outside the Supreme Court as the justices hear arguments over the Trump administration’s plan to ask about citizenship on the 2020 census, in Washington, Tuesday, April 23, 2019. Critics say the citizenship question on the census will inhibit responses from immigrant-heavy communities that are worried the information will be used to target them for possible deportation. (AP Photo/J. Scott Applewhite)

WASHINGTON – The Supreme Court’s ideological divide was on full display Tuesday, and it seemed from their questioning that the court’s conservatives were likely to defer to the Trump administration on adding a question concerning citizenship to the 2020 census form sent to every American household.

The court’s liberal justices were skeptical of the case offered by Solicitor General Noel Francisco, who represented the administration. They peppered him with questions, and the exchanges between Francisco and Justice Sonia Sotomayor at times seemed tense.

Read about the census at New World Encyclopedia