Myanmar has freed 2 Pulitzer-winning Reuters journalists from a prison on the outskirts of Yangon after they’d spent more than 500 days behind bars, the news agency first reported.

Wa Lone, 33, and Kyaw Soe Oo, 29, were convicted of breaking the Official Secrets Act in September and sentenced to 7 years in jail, in a case denounced by rights groups who said the pair were imprisoned for doing their jobs. They were arrested in December 2017 while investigating the deaths of 10 Rohingya Muslims. 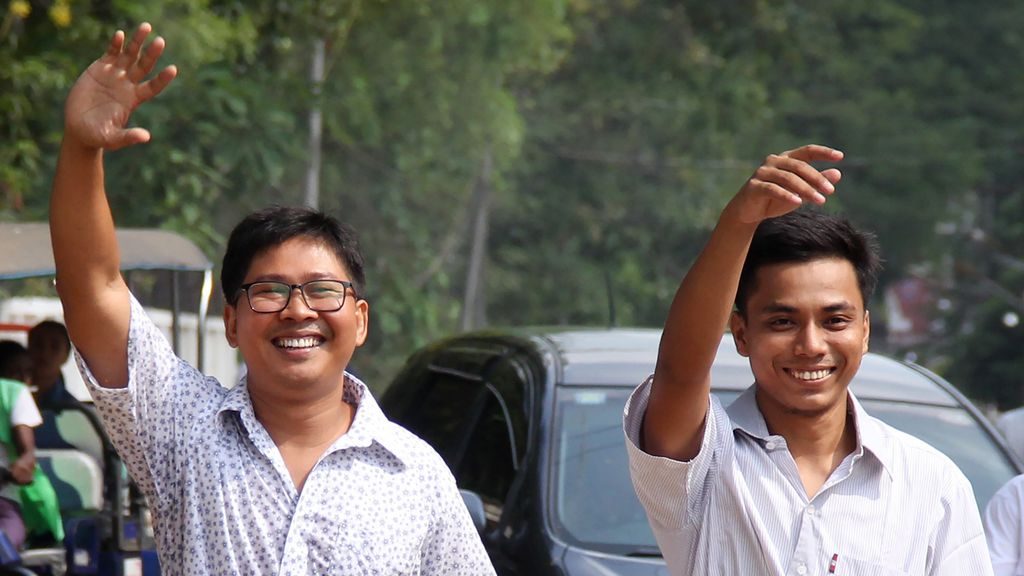 The journalists were freed Tuesday morning as part of a blanket presidential pardon for 6,520 prisoners, per AP.

Read about Myanmar in the New World Encyclopedia here: http://www.newworldencyclopedia.org/entry/Myanmar